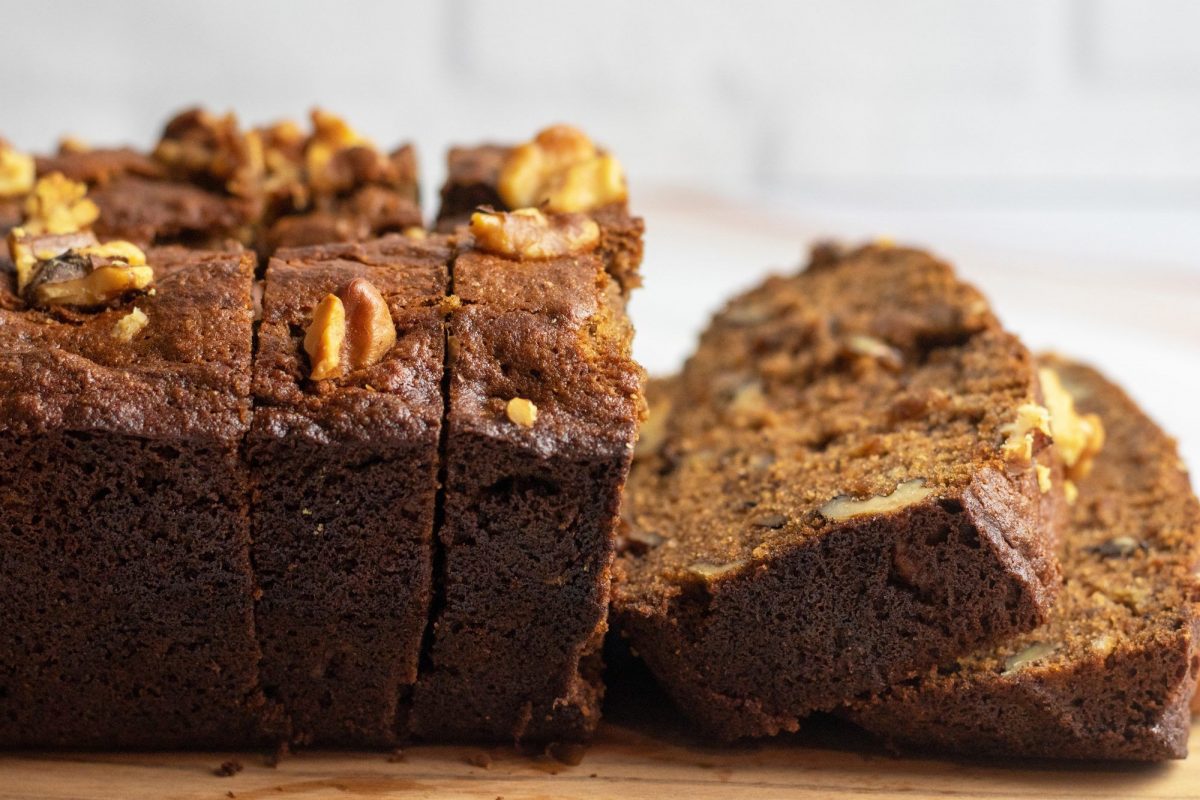 It’s rare that I attempt to make anything gluten free, as I don’t personally have a need to, but this week was an exception – I baked three different kinds of gluten free goodies for one of my best friend’s birthday. Every year I bake up a storm for her (she has a serious sweet tooth!) and this year was no exception… except that in the last year she has become gluten free for health reasons. After doing a ton of research and experimenting for a few days, I finally created the best gluten free recipe for her favorite chocolate chip banana bread and I was surprised at how much I liked it!

The gluten free flour (which you can find at most stores now) is a lot lighter than regular flour, so the end result (especially with the yogurt) is a much more decadent, rich, silky version of banana bread. The banana is whipped into the batter instead of added in chunks, so the bread is essentially ooey gooey deliciousness. It was much more of a dessert than bread and I actually found that I preferred it to my regular banana bread!

2. Grease 2 loaf pans (around 8 inches long) with the extra coconut oil. Lightly dust with a tsp of gluten free flour.

3. Add the bananas to your stand mixer on a low speed. Slowly add in the coconut oil, sugar, brown sugar, yogurt, vanilla, cinnamon, allspice and salt. Mix until smooth.

4. Add the eggs and mix until fully incorporated.

5. Add in the flour and baking soda.

6. Gently mix in the chocolate chips and walnuts.

7. Divide the mixture evenly between the two loaf pans.

8. Bake for about 45 minutes until the cakes are golden brown and tops are beginning to crack.

9. Remove from oven and let rest for a few minutes, then remove from pans and let cool on a wire rack. Slice and enjoy!