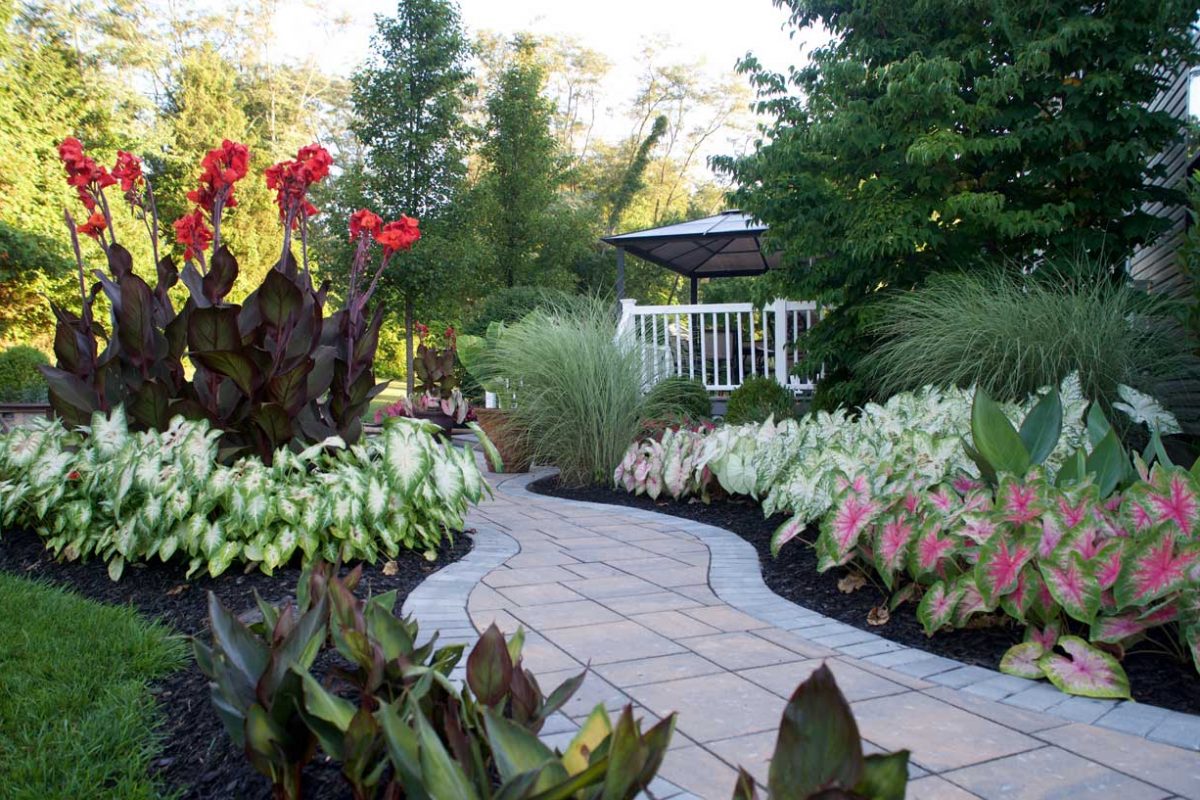 If you’re looking to visit Puerto Rico during the winter, you will find yourself pleased to discover many plants in bloom and that the main gardens in Puerto Rico are lovely to visit during this time. Peak flower season is later in May and June. Here’s a taste of where I found gardens and flowers.

Sculpture Garden at the Museum of Art in San Juan

We primarily visited the Museum of Art of Puerto Rico (Museo de Artes de Puerto Rico) in San Juan to get a taste of local artists but found out that they house one of the top-rated five star restaurants named Pikayo on the island. The exhibit was showcasing the work of Jose Campeche which was worth seeing. It also had a lovely sculpture garden where we escaped from the noisy teenagers visiting; they followed us outside but by twos and threes instead of thirty+ all at once. The sculpture garden has a creek that runs through the property, into a lake surrounded by tall oaks and other trees. Sculptures are landscaped to suit the style of artwork. The walk takes maybe a half-hour or an hour if you futz with a camera like me and I found blue trumpet vine, water lily and hellaconia.

Trees and Tropical Flowers in Bloom

The most noticeable tree in bloom was the papaya with stunning large orange-red flowers. In El Yunque I spotted a tree with white blooms but I don’t know the name of it. Many of the forest flowers showed up in ones or twos, and most were red flowered with green leaves such as cigar flower, fire spike and cardinal flower making them very festive Christmas decor. Large bushes of poinsettias were seen everywhere in personal gardens. Where I saw the most wildflowers was along the rough on the Caguas Real CC Golf Course where I found false indigo and pink porcelain lily. Most gardens at hotels and parks were planted with a border of tropicals flowers, the ones in bloom included bougainvillea and hibiscus.

Orchids came in two varieties-locals that mostly weren’t in bloom and potted which were. We saw the largest collection of orchids at Castillo Seralles in Ponce, where we also found a formal garden and above at Cruceta el Vigio, a large cross where you ride an elevator up to get a terrific view of Ponce.

After visiting the Castillo Seralle, we walked up a block to enter the grounds at Cruceta el Vigio which was developed by the locals for use in weddings as well as to appeal to visitors. The Chinese Garden is a stroll garden that follows along a stream and has several ponds. My favorite garden plant was a bottlebrush tree pruned Oriental style, absolutely gorgeous.

The tropical gardens plantings at the Parque de las Cavernas were blooming well. As you rode down the hill to the caverns, the forest edges sported many tropical flowers include ginger, antherium, coleus.

Although there weren’t many formal gardens listed in the guide books, we found most of the gardens at hotels, golf courses, parks and in homes were planted with a variety of blooming flowers. See “Flowers in Bloom in December in Puerto Rico” for more photographs.